A new book (that’s gorgeous) to help you get started explaining to even very young kids is Don’t Let Them Disappear. I included this in my post about nonfiction for kindergarten, first, and second graders.

There are lots of reasons that a species might become threatened or endangered.  One of the most common reasons has to do with human intervention. Endangered species face habitat destruction at an alarming rate.

As places that animals and plants live are destroyed or taken over by humans, there is less space for them to live.  Big vocabulary can immediately make kids check out, but we can present these ideas in a way that makes space for kids to connect to endangered species and work towards problem-solving.

This post focuses on how to help plants and animals that have had their space taken away (for whatever reason) and the steps conservation biologists take to help these endangered and threatened species get back on their feet and in their habitats.  Helping kids understand what is being done can help them create even more innovative ideas for the future.

While conservation biologists have typically focused on conserving habitats for species, that isn’t always possible.  In fact,  habitat restoration has become a more common practice.  Habitat restoration is an attempt to return an area back to its original condition.  For instance, restoring farmland to prairie or parking lots into forests.

Biological succession is one of the ecology concepts taught in most life science and biology courses and is a great segway to habitat restoration programs.

Habitat restoration isn’t easy.   Challenges include incomplete records, invasive species, pollution and more. Invasive species take over an ecosystem. In order to restore the habitat, they must be removed or controlled.  Horrible pollution has destroyed habitats and it can take years to clean up pollution and make it a safe habitat again.  While restoration efforts happen, many animals benefit from captive propagation programs.

These programs bring members of a species into captivity for the sole purpose of breeding.  They are provided a safe place to live and reproduce.  Many of these programs plan to release animals back into the wild whenever it is possible.

These types of programs don’t come without problems of their own.  One of them being altering the gene pool for a species.

Zoos are important participants in captive breeding programs.  The clouded leopard program at the Nashville Zoo in Nashville, TN is one success store.

The use of captive breeding programs means the numbers of the species are small.  This results in a decrease in genetic diversity.  It is imperative that conservation biologists do all they can to maintain as much genetic diversity as possible because it makes species stronger.  The three main sources of genetic diversity are mutations, sexual reproduction, and gene flow.

Genetic diversity protects species from disease and harsh conditions.  Genetically diverse species are less likely to be wiped out by a single disease or other challenges. In order to sustain genetic diversity, individual animals move between breeding programs.  By moving animals, it prevents inbreeding and maintains a more diverse gene pool.

Our understanding of keystone species has grown as a result of advances made by conservation biologists.  These are species that exert a greater influence on their ecosystem than many of the other species within it.  The grey wolf that was re-introduced to Yellowstone is a keystone species.  As a result, the entire ecosystem changed and threatened species are beginning to flourish.

There is nothing that gets a tween or teen more interested than the concept of fairness and human-animal conflict always seems to really hit home.  Check out this mock conference to explore what is happening to the African elephant and innovative projects that are trying to make changes.

Conservation of Ecosystems and Human Influence

Some animals require large areas of land and that land may not be available for reserves any longer.  One of the solutions is creating land bridges to connect habitat islands so that species can travel between areas and maintain their genetic diversity.

Getting kids interested is the first step.  The next step is that we need to be involved and always looking for ways to change how we are interacting with our environment and the other species that live there.

Hello, I'm Kim. The person behind The Learning Hypothesis. When you become a member of the Learning Hypothesis community, you’ll build confidence in your choices and your own ability to support your kids. How? Well you will learn strategies and find resources to help you create an enthusiastic experience like you always planned.
Read More…

We are a participant in the Amazon Services LLC Associates Program, an affiliate advertising program designed to provide a means for us to earn fees by linking to Amazon.com and affiliated sites

You can reach me at Kim@learninghypothesis.com 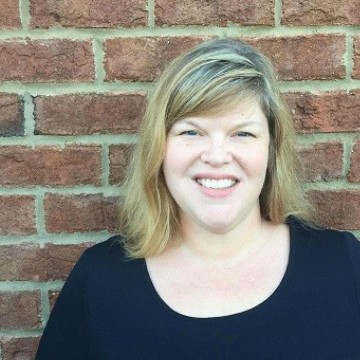 Stay up to date

Are you a new science teacher? You are probably e

All you need is enthusiasm. And coffee. Must have coffee.

Are you a new science teacher? You are probably e